I have been a bit distracted by various things recently but I am now at a point where I can get on with my life! Wife got a job, Son going back to Uni and I am very invigorated by a few new projects.

I need to get the Garage finished now, we have done some stuff over the last few months since the apocalypse but I have been unable to have a concerted effort on the things I wanted to finish. I have a big incentive to do that now and after running an errand on the weekend with the Mrs I am going to get it sorted.

So I was ill on friday and I’m recovering so no major woodworking this week. I’m off on Monday next week so I am intending to make the table saw bench and finally get all the big stuff done in the garage.

I bought myself a second hand “Bigma” lens for our trip this summer. I want to get back into doing some wildlife photography so when I get to California I will be able to take advantage of all the sights we’ll see 🙂

Finally set up the silver PLA and printed the final bracket – including the key to stop the front piece from slipping.

The image below shows the final piece although it seems that the outer part doesn’t fit correctly, it will be ok once the screws go into place.

I have been making cabinets in the garage now for a few months on and off the latest part is a a set of shelves and work surface that has some draw units removed from a bedroom reused underneath.

So I have now started a new regime for exercise. I can’t commute by bike to work because it would be an 80 mile round trip. However I can and will do a partial commute at some point. I have a Giant folding bike which will go in the back of the car and there are several park and ride car parks (somewhere outside of Cambridge) But I need to get much fitter first!

So the shower in our bathroom finally gave way under heavy cleaning by my nearest and dearest. The bracket broke that holds the shower switch and the concealing chrome pipe with the water feed and wiring in it.

We managed to get the thing back up temporarily with glue and luck but it was fairly clear it would fall down again soon. If we were to get the shower replaced it would cost a fair amount with the cost of fitting on top. So we needed a fix… cue 3d printer.

I am a novice when it comes to 3D modelling but I did a couple of years of technical drawing when I was a kid and so once I watched a few video’s on YouTube I realised that the sketch capabilities of Fusion 360 were pretty much the kind of thing I had some level of understanding in.

I took some measurements of the current piece in place so that I could get the basic bracket sketched out. I wanted to make sure I could get the hole size right for the pole and the spacing for the bracket on the wall – I didn’t want to drill extra holes in the tiles!

The first test piece confirmed that the hole sizes right and were positioned correctly. But I then realised that the actual fixing of the bracket would be tricky because the original would have been put on during assembly and I didn’t want to get into plumbing at this point….

I also wanted to get a slightly more ascetic bracket that matched the original much better than the tests so far. So I got the second view of the bracket sketched as above. To solve the issue of being able to fix the bracket up without disassembling the shower I used a feature of Fusion 360 to “cut” and separate the bracket along a line I defined on the sketch

This second test print was quite successful and actually gave me a better temporary fixing for the shower, but it wasn’t quite right and required me to use some plastic to wedge in the chrome pipe. However it held while I improved the design further.

One problem was that the screws holding the bracket caused the plastic to crack, so I added counter sinks for the heads of the screws to mitigate this.

Finally this is in place and works beautifully. But there is still some issue with the two pieces slipping slightly. I am changing the design slightly to add in a key to the two pieces (TBD) and increase the strength of the item. I will also be printing them in silver PLA to fit better with the existing decor. 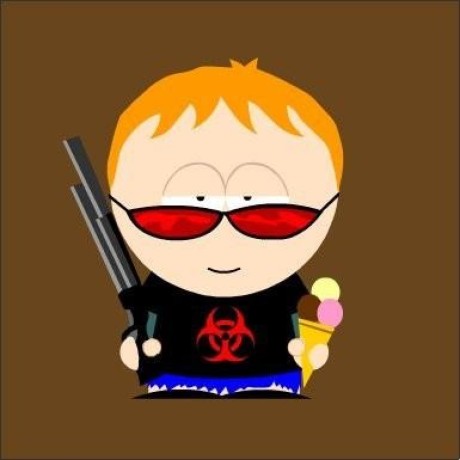 2 Subscribers 0 Watchers 0 Forks Check out this repository on GitHub.com (this link opens in a new window)

The repository above is my extension that adds the Apama language EPL to vscode. Ultimately it will also add support for the various controll applications, monitoring and debugging of your applications.

So this is my new blog where I will detail some of the stuff I am doing. It’s mainly for myself as I want to record things so I can remember what I did in the coming years. Will add some more content soon. Below are some test elements and blocks.

2 Subscribers 0 Watchers 0 Forks Check out this repository on GitHub.com (this link opens in a new window)

Stuff I do that I want to record and share. It’s mainly for my self but if you find it useful then good 🙂